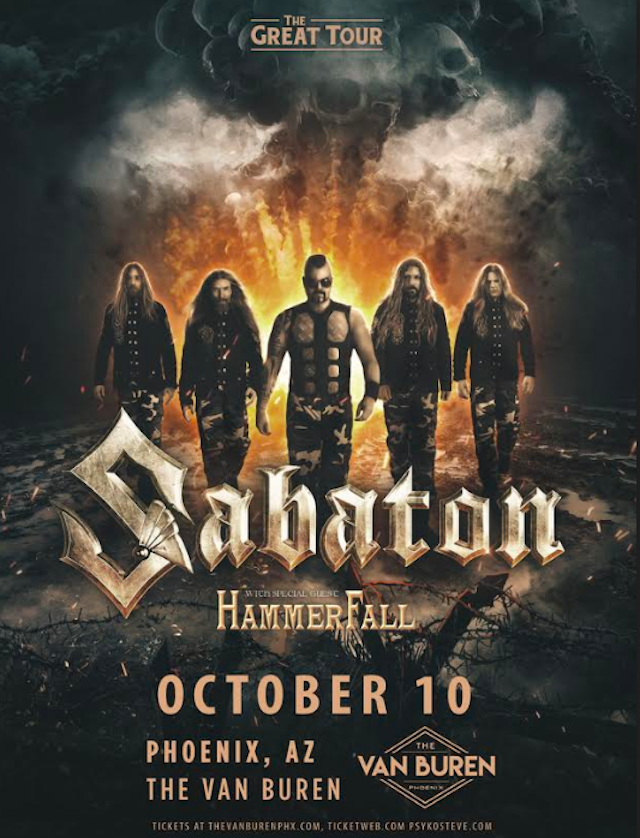 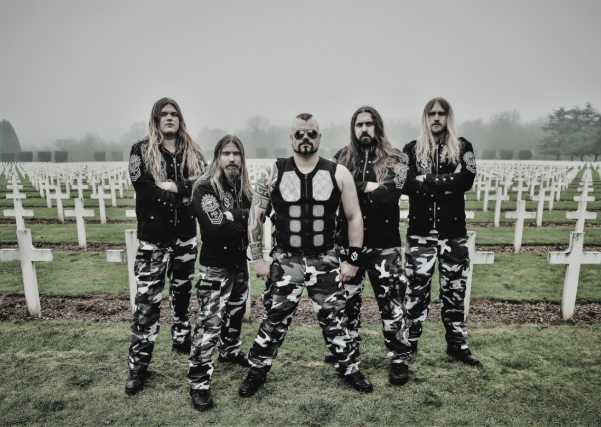 Sabaton - The Great War Since Sabaton's inception on the threshold of a new millennium in picturesque Swedish town of Falun, this heavy metal giant has conquered landmark after landmark, reached quadruple platinum sales and performed mega-sized concerts all over the world – within the realms of harder rock music. However, despite Sabaton's neverending passion to write explosive tales about remarkable historical turning points, these relentless bravehearts have always had just one crystal-clear goal: to march fearlessly towards next battles. - Our ninth studio recording "The Great War" is performed, mixed and mastered – and we couldn't be happier about this metallic milestone, says bassist and lyricist Pär Sundström and continues: - "The Great War" is another concept record from the vaults of fascinating military history, and within its rich musical and lyrical journey, we full-heartedly dive into sinister atmosphere of World War I – a colossal military conflict that shook the whole planet hundred years ago. Masterpiece after masterpiece, these Swedish storytellers have been able to carry out endlessly catchy power-influenced heavy metal. No need to worry: the magic happens and untouched frontiers are once again occupied by the epic-sounding "The Great War". - "The Great War" is musically and lyrically the most affluent Sabaton-release to date. The recording offers familiar-sounding, multi-layered and melodically rich Sabaton metal lunacy, not forgetting unexpected twists and turns. After all, it's still 100% pure Sabaton-crafted heavy metal album ©, describes singer and musical mastermind Joakim Brodén. Next in line? Another long-lasting world tour – entitled "The Great Tour". - We simply can't wait to get in front of our beloved fans. Along the upcoming touring path, we will also be performing a very special 20-year-anniversary show on the holy grounds of Wacken Open Air. Do I have to add that it is shaping up to be a show not to miss? For ninety-nine percent of comrades, successful studio album and voluminous world tour would be enough. Well, not for these warlords. - With respected TimeGhost History Channel and renowned historian Indiana Neidell, we have established Sabaton History Channel, says Sundström. - On weekly YouTube episodes, we are telling in-depth stories and details behind our songs. We already have tens of thousands of subscribers and the number is growing as we speak... Another dream accomplished!
Hammerfall