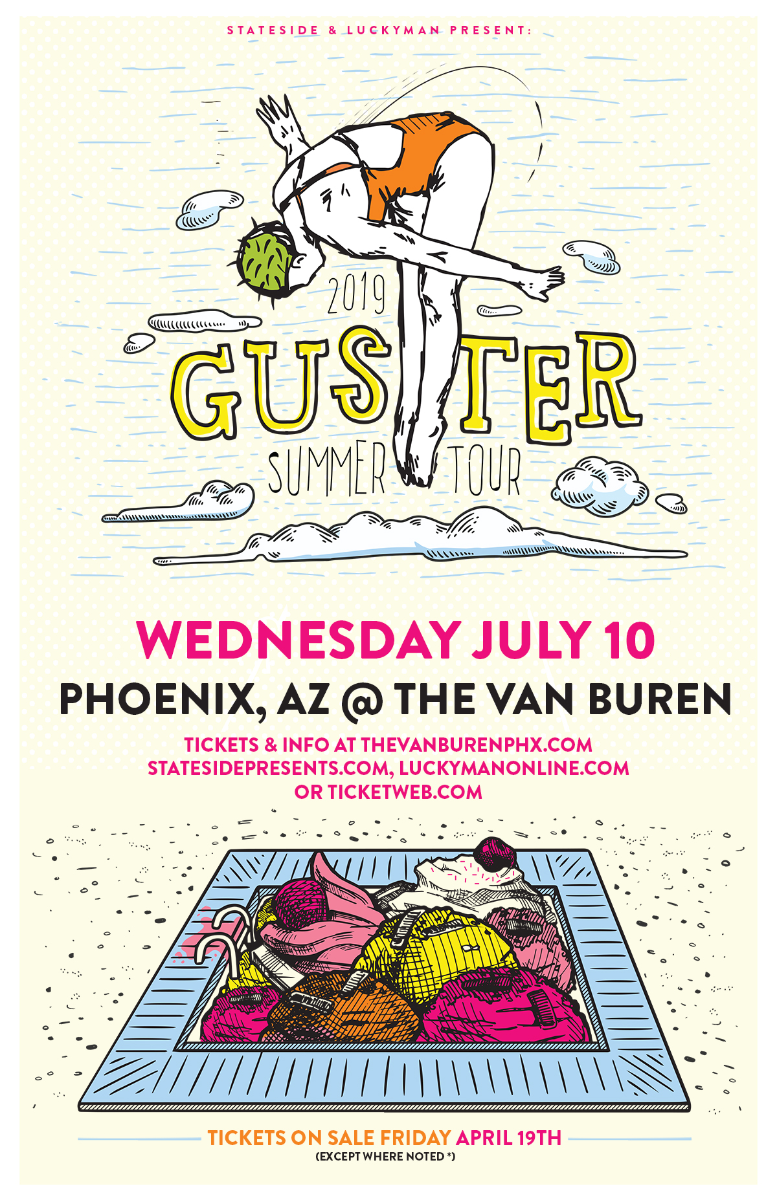 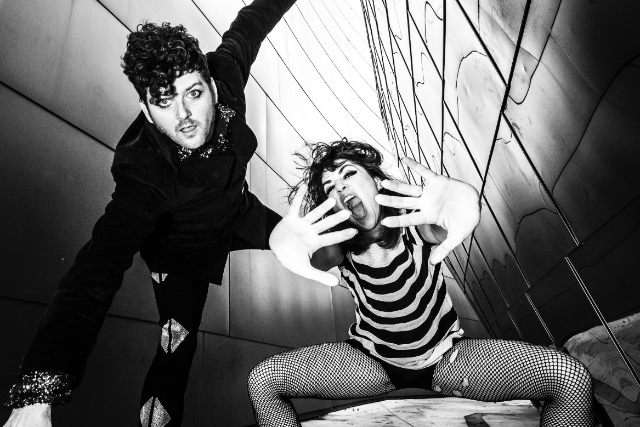 KOLARS is a Los Angeles duo that blends rockabilly, disco, glam, and mod sounds with modern rock through minimal instrumentation: guitar and a tap-dancing drummer. As Rob Kolar sings and strums his rollicking guitar, Lauren Brown uses her whole body as a percussive instrument, tapping out the hi-hat rhythm with her feet atop a bass drum while simultaneously playing a stand-up kit, using dance to transform rhythms into natural extensions of her movement. It’s quite the workout and undeniably mesmerizing to watch.

“We wanted to create dance music that combines all the genres of music we love, but with our own original twist,” says Kolar. “It's that idea of taking a pop song and getting people to move to it. To listen but also feel it in their bones.” The result is a kinetic, pulsing sound anchored in vintage style with a modern sensibility towards production.

As former members of glam-folk band He's My Brother She's My Sister, Rob and Lauren toured the U.S. and Europe extensively, playing some of the best stages and festivals, including Bonnaroo, Summerfest, Firefly, Secret Garden Party, and Austin City Limits, and performed on late night television (Craig Ferguson). As that band veered towards indefinite hiatus, Rob and Lauren decided to strip things down and explore what they could do as a twosome. A match musically and romantically sublime, there's no denying the electricity this husband and wife duo have on stage.

“HMBSMS really showed us how much people want to dance to live music,” he continues. “And it doesn't need to be electronic. That band started out as a folk band and evolved much in part because of the audience’s desire to hear us play hip-shaking tunes. That's what got people excited. KOLARS is taking that seed into a more modern world of production and experimentation. As I do all the recording, producing, and mixing, and as Lauren has a very unique way of drumming, it inevitably makes us sound a little ‘handmade.’” And that’s the sweet spot. Their performance is magnetic, sexy, and inviting.

Through playing live, Brown found her groove. Kolar explains, “There is something simple and driving about the disco beat that we really enjoy and feels primal and minimal. Basically 4 on the floor. Tap works nicely clacking on that simple rhythm. It gives the tap freedom to roam a bit. The band Hot Chocolate really inspired me to take a crack at some disco production as I fell in love with their somewhat zany delivery and incredible fuzz guitar tone.”

As for lyrical content, Kolar weaves emotions and personal experience with social commentary. “I try to write every song with two meanings. There is almost always some kind of commentary or social observation pertaining to our society, politics and relations as human beings. I tend to use language that is interpretable and not too overt, to allow the listener to make it their own.”