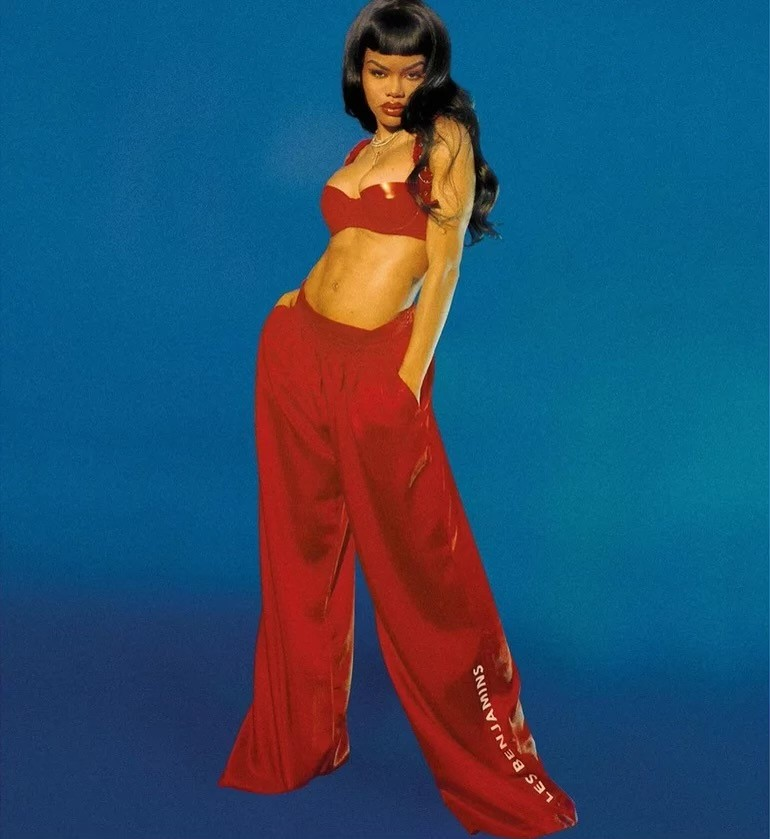 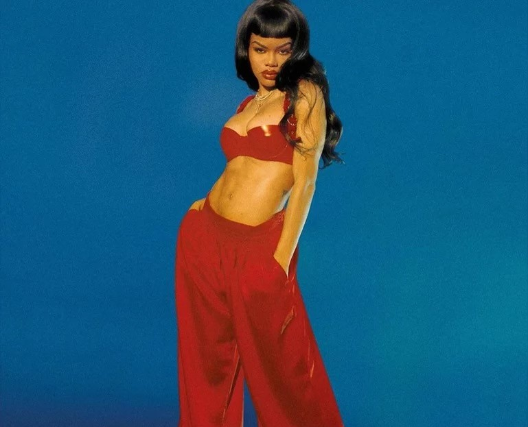 Being a jack of all trades has enabled Teyana Taylor to become a master of all. From her smoky melodic vocals to her dynamic dance moves, the R&B superstar entertainer dips and dives between her talents as singer, songwriter, producer, director, dancer/choreographer, actor, fitness guru, model and mother. When it comes to describing herself, the Harlem native can only think of one word: Everything.

“I literally can do everything. I never look at anything as being impossible,” she explains. “I exhaust all options to make it happen when it needs to happen.” Her mantra made her an early favorite to artists like Pharrell, who she signed her first deal with, and later choreographed videos for artists like Beyoncé and Jay-Z. In 2014, Teyana’s love for the arts and R&B earned her the title of the first woman signed to Kanye West’s G.O.O.D. Music imprint.

Between R&B’s identity crisis in the 2010s, Teyana dropped her debut album VII, with tracks like gold-selling “Maybe” (featuring Yo Gotti and Pusha T) and the sultry “Just Different” shaping her musical persona. The critically acclaimed album debuted at No. 1 on the Billboard Top R&B/Hip-Hop Albums chart in 2014, cementing her position in today’s modern R&B field. “I fought for that raw, hood necessary R&B and now I feel like it's better than ever,” she says.

Teyana was blessed with the arrival of her daughter Junie with husband and NBA star Iman Shumpert in 2015. “I do all of this for my baby. She's who I do it for,” she says about Iman “Junie” Tayla Shumpert Jr., her main source of inspiration. “I always show her how to be a leader and a businesswoman. I want her to believe that she can be anything she wants to be and it not be a shocker that she's a female doing it all.” Soon after, Teyana went on to star in the internet-breaking video for Kanye West’s “Fade,” and scored her first MTV Moonman for “Best Choreography” at the 2017 MTV Video Music Awards.

But it wasn’t until the release of her second album project K.T.S.E.(released June 2018) that the world caught up with Teyana’s talents. With her all-female production company The Aunties, Teyana self-directed videos for “WTP,” the RIAA platinum-certified single “Gonna Love Me,” (whose remix features Wu-Tang Clan’s Ghostface Killah, Method Man and Raekwon), and recently, gold-selling single “Issues/Hold On.” Teyana has also directed videos for her peers like T.I. (“You”), Monica (“Commitment”), and Lil Duval (“Pull Up” featuring Ty Dolla $ign) with fans like Ms. Lauryn Hill and Elton John praising her boss moves.

Another one of Taylor's latest achievements was the success around the release of her critically acclaimed, third studio album titled "The Album" in June of 2020 which debuted at #1 on the Billboard R&B charts and #8 on the Billboard Top 200. The Album, which is 23 songs in length and offers features from artists such as Missy Elliot, Future, Erykah Badu, Ms.Lauryn Hill, Davido, Elton John and more, is broken up by "studio" rooms (which appropriately spell out "album") and has catapulted Teyana into an elevated musical stratosphere. On the album, Taylor directed every video in conjunction with the project alongside her production company group The Aunties. The album features singles like gold-selling “Morning” with Kehlani and gold-selling “How You Want It?” with King Combs. Because of her continuous grind, Teyana won the 2020 BET Award for Director of the Year - up against industry heavyweights such as Benny Boom and Dave Meyers. Taylor was also on the cover and number #1 for the Maxim Hot 100 as the first African- American female ever to receive this. On top of that, she officially released a long-awaited makeup collaboration with global beauty powerhouse M.A.C. Cosmetics - implementing aesthetic inspiration from her new album in the marketing and imagery of the vibrant makeup line.

Taylor is a woman on a mission. She is so determined that she accomplished all these explosive feats while pregnant with her second daughter, Rue Rose. Through an organic relationship, cultivated through a connection in the music business, Erkyah Badu acted as Teyana's doula throughout her pregnancy and coached Teyana through the baby's birth.

The multi-hyphenate superstar has recently starred in Paramount Pictures Coming 2 America, the sequel to the original 1988 romance comedy. Teyana is featured alongside some of Hollywood's most illustrious names including Eddie Murphy, Arsenio Hall, Kiki Layne, James Earl Jones and more. Her other film credits include, The Trap, The After Party, Honey: Rise Up and Dance, Brotherly Love, The Love Section, Gang of Roses II: Next Generation, Madea’s Big Happy Family and Stomp the yard 2: Homecoming. She also can be seen starring in the music video the incredibly popular song “Woman” by Doja Cat. Additionally, she can be seen starring alongside her husband in E!’s unscripted series We Got Love Teyana and Iman. Upcoming for Taylor is A.V. Rockwell’s feature debut A Thousand And One, where she will star as the main character, Inez, who kidnaps six-year-old Terry from the foster care system. Holding onto their secret and each other, mother and son set out to reclaim their home, as well as  their identity and stability, in a rapidly changing New York City.

Part of what makes Teyana stand out from the rest is her ability to move with precision and poise in everything she does. From the studio to the stage, every idea is a project with the singer front and center and a vision all her own. With her musical inspirations like Aaliyah, Teena Marie, Mint Condition and Janet Jackson speaking to her soul, Teyana is aware her mission is larger than life. “I’m working on me every day and I think that’s my purpose,” she says, comparing her life to a never-ending book. “I’m still going, still mastering and being a better me.”