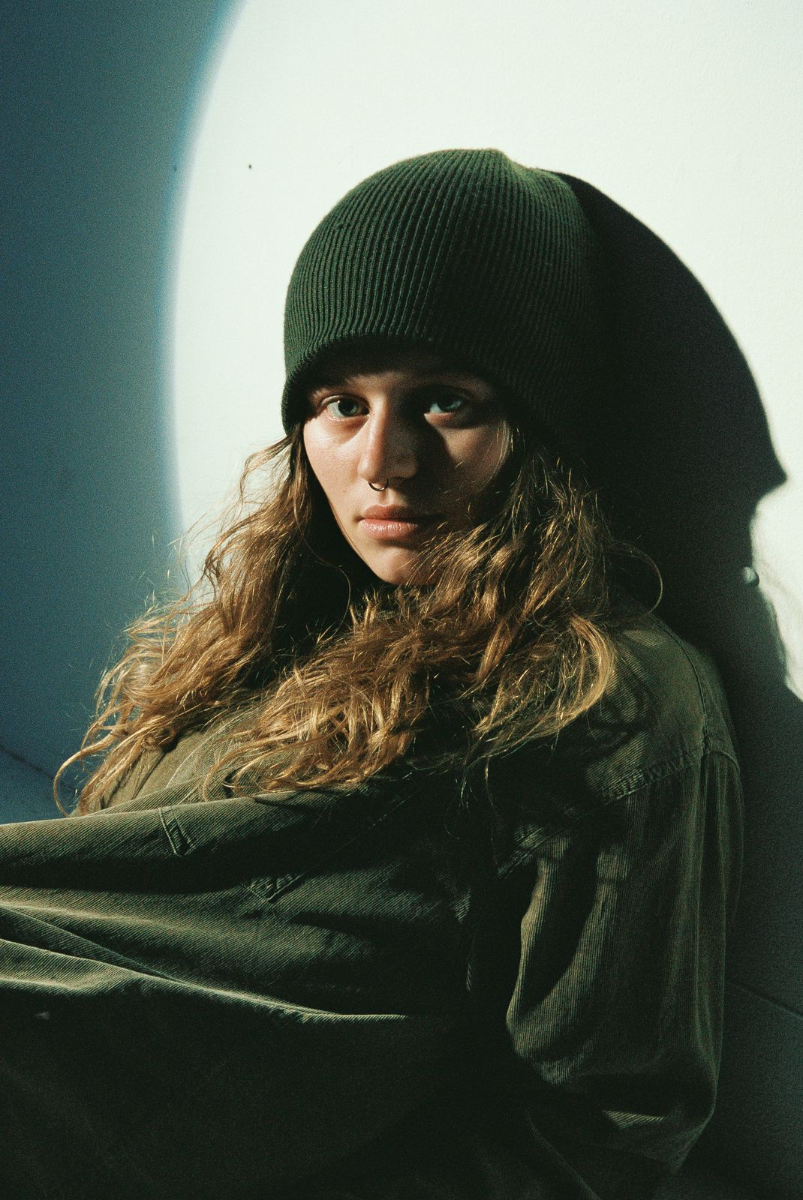 SOLD OUT
Tickets for the original date (4/22/22) will be honored on the rescheduled date. 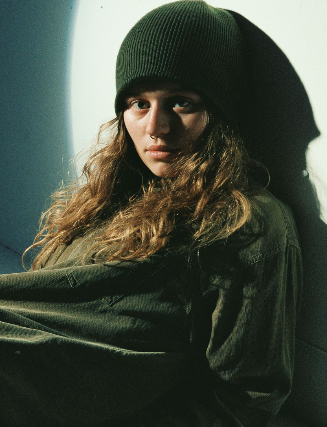 Had everything gone according to plan, Marie Ulven -- a.k.a. intimate rock/pop sensation girl in red -- would’ve spent the vast majority of 2020 playing for new crowds, in new venues, and taking in new landscapes as she drove from city to city on tour. But the COVID-19 pandemic upended all of that, and so she found herself grounded, at home in Oslo, and revisiting the familiar skeletons of songs she’d begun to sketch out the year before.

She wrote and demoed 11 songs at home, and soon she was borrowing her father’s car to make the eight-hour trek from the Norwegian capital city to Bergen, a city nestled between majestic fjords in an inlet off the North Sea, to record if i could make it go quiet, her debut album out April 30th, 2021. Consider if i could make it go quiet the musical distillation of Ulven’s solitary conversations on the road: it’s an album brimming with the things we wish we could say to others, but tell ourselves instead.

“Every time I left the studio from Bergen, I would listen to hours and hours of my own tracks, and just be like, what can I do better? What can I refine?” she says, recalling her cross-country drives through the Norwegian wilderness to the studio. “Driving is a cathartic thing; it gives this amazing feeling of freedom. I love to talk to myself, so most of the time, if I didn’t listen to my songs, I would just reflect in the car. I read that talking out loud to yourself is healthy, so I’m going to keep doing that. But the drives, they take you out of all the other distractions because you just gotta pay attention to the road. It allows you some headspace.”

After 2018’s breakout single “i wanna be your girlfriend” established Ulven as a talent to watch, she amassed a worldwide following that heard themselves in her poetic lyrics, at times hopelessly romantic and painfully direct, that meshed beautifully with the sparse yet captivating arrangements she wrote and produced herself. Instead of nursing the emotional wounds of a break-up or the aches of unrequited love in private, Ulven, then a teenager on the cusp of adulthood, opted to process and heal before her growing audience with a series of EPs and singles.

Whether it’s collaborating with pop mastermind and Billie Eilish collaborator FINNEAS on “Serotonin,” a huge pop anthem that speaks to Ulven’s struggles with mental health, or flexing her instrumental chops with album closer “it would feel like this,” she has pushed herself to new depths in her artistry and fortified it in the process.

“There are things on this album that I haven’t been able to talk about in my songwriting previously,” she says of if i could make it go quiet. “‘Serotonin’ is brutally honest, lyrically, especially about having these intrusive thoughts -- thoughts of never going to be okay, and thinking my therapist hates me. I stopped going to my therapist because I felt like I was such a big burden for her that she didn’t like me. I’m pretty sure a lot of people have felt that, whether it’s a friend or a family member or a therapist. I’m addressing a lot of things I haven’t been comfortable talking about, or admitting to myself, or even things to tell my closest friends and family.”

Betrayal, lust, longing, pulling herself out of a depressive spell -- nothing is off-limits on if i could make it go quiet, and Ulven lays bare her ruminations on all of the above while distorting and reimagining the sounds coming out of her piano and guitar. She explores the limits of the human condition and her radical acceptance of it on “Body And Mind,” which ebbs and flows over a moody, electronic groove; she proudly tackles sexual liberation with sunny chords on “hornylovesickmess,” and reveals she wants more from an unavailable partner on “midnight love.”

Love, in all its messiness, is a constant muse on if i could make it go quiet, and Ulven delighted in challenging the mere concept of a love song, and what it can do, in her own way. “When you [hear] ‘love song,’ I have very bad connotations immediately; I’m like, that’s some sappy shit!” she says, laughing. “But love is so big, and there are so many sides to love. I feel like I’m exploring a little bit more of the hate side of love with this album. I also feel like I’m exploring a little bit more of being vulnerable and letting someone in. I haven’t talked about that before… [The album] is a big, boiling pot of thoughts and things I haven’t said.”

There are lessons to be drawn from these self-examinations, and Ulven has eagerly embraced the opportunity to write her way through them, even when it hurts or she’s left with more questions than answers. It’s easy to picture her behind the wheel, somewhere between Oslo and Bergen, listening through “Rue” while recalling the dark mental place she was in when she wrote the song, or the friendship she hoped would turn into something more that inspired “You Stupid Bitch.”

if i could make it go quiet is girl in red in its purest, elevated form: Ulven has never been braver, and the music follows suit.

“I really poured my heart into a lot of these lyrics, fully,” she says. “I just feel like I emptied myself in this album.”
Blake Rose 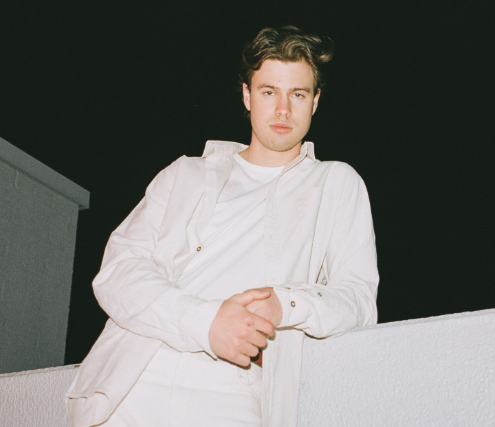 Hailing from Perth, Australia, Blake Rose has had a keen musical curiosity for as long as he can remember. One of the first instruments Rose ever picked up was the didgeridoo, a wind instrument created by indigenous Australians. However, the didgeridoo has its limitations and by the age of 12, Rose had started to teach himself to play guitar. However, it wasn’t until a 3-month long camping trip around Australia with his family that really developed Rose into the songwriter he is today. As they drove from campsite to campsite, teenage Rose started to write his own songs in the back of his family car. On the return home, Rose started to experiment with GarageBand and Pro Tools, falling in love with the idea of creating a song from start to finish.

After the trip, Rose was accepted into a school program called World Challenge which would take him to Sri Lanka for 2 weeks. The only issue was the expensive price tag attached. Still only a teenager, Rose was limited in job options and decided to give busking a shot. Taking to the streets of Perth, Rose quickly raised the money necessary and, perhaps more importantly, he discovered his love for live performance.

Rose’s music is electrifying. He is a rare voice hellbent on defining his own sound and his own path