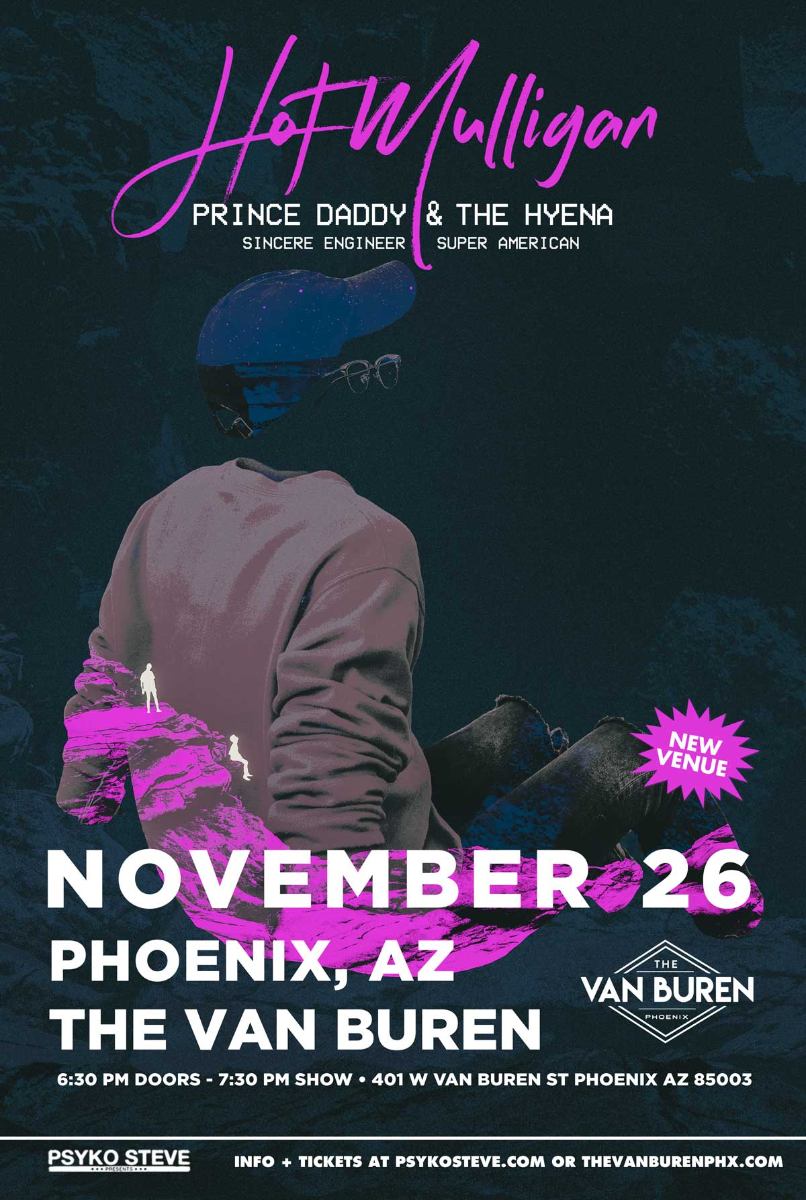 Tickets from The Pressroom will be honored. 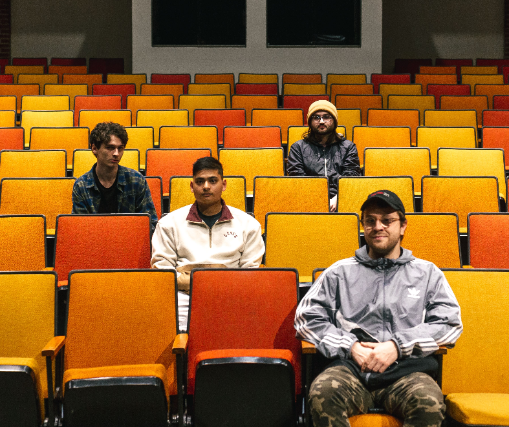 Like many bands last year, Lansing, Michigan’s Hot Mulligan—the #1 Hot New Band per their Facebook page—put out an LP in 2020 that they didn’t get to tour. This year, they’ll release I Won’t Reach Out To You, a six-track EP that operates as a response to their 2020 full-length You’ll Be Fine. The EP is bookended on the first and last tracks by a resounding glance-back at a world that simply doesn’t exist anymore: “Stay home, stay home/You said it wouldn’t make a difference whether we could be together or not.”

On opener “One For The Boy,” those words are a serene, mournful observation, but by “Please Don’t Cry, You Have Swag,” they’re a volatile explosion, a group-yelled diagnosis set to thundering guitars, bass, and drums. These facts also explain Hot Mulligan: a group of shitposting gamers from far reaches of Michigan (and one from Iowa) who became best friends at college and started making music that works through the endless weirdness of growing up in this moment. The result of these things is earnest, affecting emo punk, presented with a song title created by typing into autocorrect with eyes closed.

“Nothing is black and white,” says rhythm guitarist and backing vocalist Chris Freeman. “I like to think that we challenge each other mentally and as friends to do better and grow together. We’re also just shitposters and trolls.”

Freeman and lead vocalist Nathan “Tades” Sanville came up together playing in local punk bands in rural Michigan before moving to Lansing in search of greater opportunity, where they met lead guitarist Ryan “Spicy” Malicsi and drummer Brandon Blakeley. “When the music just becomes a reflection of life and growing up, then when we’re bonding over music, we’re bonding over our lives together,” says Freeman.

That intimacy and interdependence works in extremes. “You see your friends in their lowest places,” says Freeman. “But you also see them when they’re doing everything they wanted to do.”

The band recorded I Won’t Reach Out To You in Pilesgrove, New Jersey with producer Gary Cioni (Grayscale, Free Throw) at his Sound Acres Studio. Freeman, Cioni and Dash Williams shared engineering duties. The majority of the record was written in studio over the course of a two-week period.

The EP details the first major dying-off of connections and relationships in a life. It’s an experience that’s familiar but always jarring. You spend your youth hearing your parents talk about friends they haven’t seen in years, and you think how ridiculous that sounds. Then suddenly, you’re 25, and realize you haven’t spoken with your old best pal since high school graduation. It happens fast, and it’s weird.

“It’s not always about not reaching out to someone because they’re toxic,” says Freeman. “It’s just because people grow apart.”

I Won’t Reach Out To You is an exploration of this process that constantly reproduces itself across our lives, which forces us to square two facts: those times and the people we knew were awesome, and they’re over now, forever. Freeman says it’s about “reminiscing on people you knew in the past, but acknowledging that the past is the past.”

“One For The Boy” introduces this over a gentle wash of guitar and ghostly vocals as Sanville laments, “Hey, I feel us growing apart/Could we just talk or is it not the right time?” A snare drum rolls in the distance and goes quiet, and in bursts earworm pop punk blast “Featuring Mark Hoppus” on compressed, crunchy guitars and Sanville’s full-tilt belt: “I kinda miss you/Back in highschool/25 and I still think about your drawings that you made.”

“Losing Days” follows with acoustic guitar and Sanville’s breathless vocals: “Losing days because it’s hard to reason leaving the bed/Debt’s been building since we got here/Staying the same/Forget it!” It’s a tight 90 seconds that give way to “Pop Shuvit (hall of meat, duh),” a perfect slice of pounding, Taking Back Sunday-style emo pop that tracks the tiring relentlessness of growing up while realizing that no one at the top is looking out for you.

“Please Don’t Cry, You Have Swag” closes on nostalgia and a cruel coming-to-terms with the passage of time, as clear finger-picking broods and Sanville’s vocals long for a return to an impossible before: “You think I matter less than politics/When all I want is fresh paint, before we ever would’ve talked like this.” The final minute crescendos into a shattering breakdown while Sanville repeats the first song’s remarks to a backing chorus of, “Stay home, stay home.”

Hot Mulligan are just as likely to write a beautiful, devastating treatise on growing apart—both literally and spiritually, from your friends and your old self—as they are to make a song and video about putting on sunglasses (which they have done). This is the Hot Mulligan way: life is serious and scary, but you just gotta make a meme about it with your buds.
Prince Daddy & The Hyena 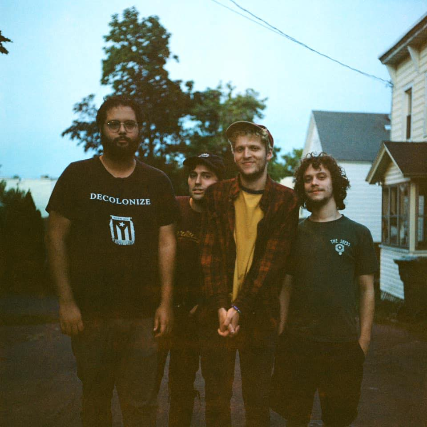 Prince Daddy & The Hyena is an American emo / punk rock band from Cohoes, New York. Formed in 2014, the band currently consists of Kory Gregory, Cameron Handford, Daniel Gorham & Adam Dasilva. Prince Daddy and the Hyena was formed in 2014 when Kory Gregory, Alex Ziembiec and Zakariya Houacine were inspired to start a band after seeing Rozwell Kid live. According to Gregory, Rozwell Kid was a substantial influence on much of his early songwriting. The band's name is derived from a game that Gregory played with the band's "merch guy" at recess in elementary school. They began in 2015 with the release of an EP titled Adult Summers. They later released their first full-length album titled I Thought You Didn't Even Like Leaving in 2016 on Broken World Media. In 2019, the band released its second full-length album titled Cosmic Thrill Seekers on Counter Intuitive Records, and embarked on several extensive tours in support of the album.
Sincere Engineer 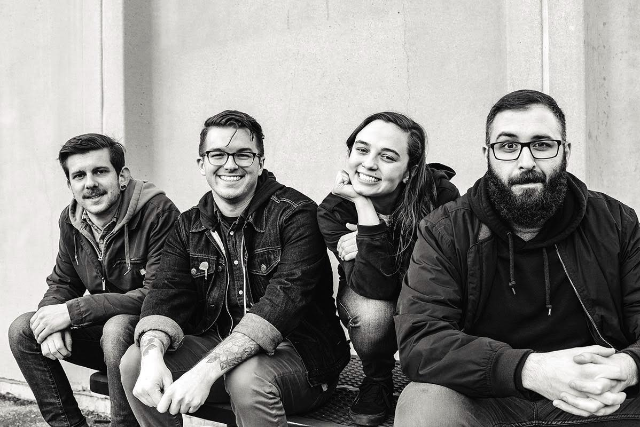 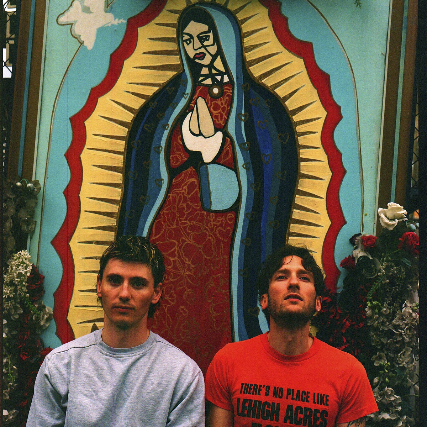 Hailing from Buffalo, New York, Super American came together around 2016. They toured heavily and built a fan base with early singles like "Congratulations" and "Sloppy Jazz." Over the course of a few years and line-up changes, the group's sound evolved, shifting away from crisp 2000s pop-punk to a more laid-back, '90s indie and slacker pop sound influenced by band's like Weezer and Pavement. In 2018, Super American issued their full-length debut, Tequila Sunrise, on Take This to Heart Records. Included on the album was the single "Hands Down Olivia."