Please ensure Javascript is enabled for purposes of website accessibility
Skip to content
Live Nation Presents
An Evening with Peter Hook and The Light -Joy Division: A Celebration
Ages 13 and Up 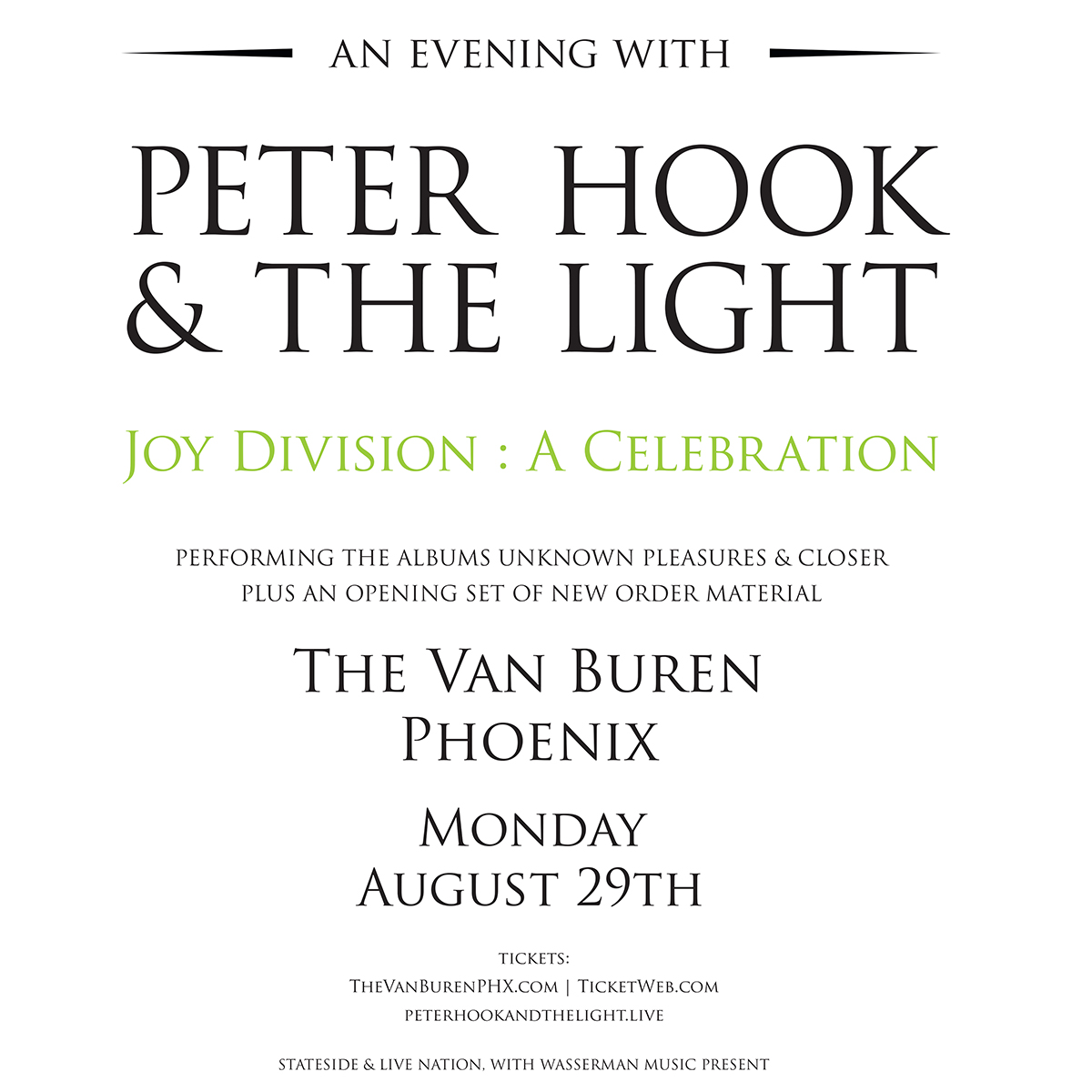 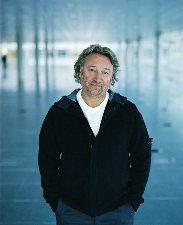 In May 2010, Peter Hook, legendary bassist of both Joy Division and later New Order, decided to honour the outstanding work of his first band and the undoubted genius of the late Ian Curtis by giving people the opportunity to hear both of Joy Division's masterpiece albums, 'Unknown Pleasures' and 'Closer,' live and in their entireties. Backed by his new band The Light, Hooky first played 'Unknown Pleasures' at the Factory club in Manchester on May 18th & 19th 2010 in order to celebrate the life of Ian -- one stand alone sold out night quickly became two, and due to phenomenal worldwide demand, Hooky then began taking the show on the road with headline gigs & major festival appearances throughout Europe, a full tour of Australia & New Zealand as well as the band's first tour of the United States in December which culminated in Jane's Addiction frontman Perry Farrell appearing live with the lads in Los Angeles to sing 'Transmission.'

In the first few months of 2011, The Light continued to tour extensively throughout mainland Europe & Scandinavia. Then, exactly one year on from the debut 'Unknown Pleasures' gig, on May 18th & 19th 2011, the band recreated 'Closer' for the first time ever, again with two sold out nights at Manchester's Factory club, before continuing to hit the road once again. Hooky & The Light made their debut visit to Brazil in June with 3 sold out shows as well as again touring in Europe, heading over to Mexico & Canada for the first times and visiting the United States again for what was their second full tour of the region. In a move which both surprised and delighted American audiences, Hooky was joined by genuine musical superstars on the tour, as Perry Farrell again sang with the band in Los Angeles, this time lending his vocals to 'Isolation,' while Moby also appeared at both Los Angeles concerts to sing 'Transmission,' 'Insight,' 'New Dawn Fades,' 'Colony' and 'A Means To An End.' Smashing Pumpkins frontman and close friend of Hooky, Billy Corgan, also joined forces with The Light at Chicago's famous Metro club to sing 'Transmission' and 'Love Will Tear Us Apart.'

Early 2012 saw Peter Hook & The Light again tour across Europe, visiting places like Luxembourg, Slovakia, Poland, the Czech Republic and Germany for the first time while also returning to Scandinavia and performing live for the first time in Russia. On May 18th & 19th 2012, two years on from 'Unknown Pleasures' and one year on from 'Closer,' Peter Hook & The Light completed their live performances of the Joy Division back catalogue by performing 'Still' live for the first time, a compilation album which is made up of rarer tracks/B-sides as well as a live recording of the last ever Joy Division gig in Birmingham on May 2nd 1980. With this gig, Hooky completed his quest to perform every single Joy Division track live once again. For the rest of 2012, Peter Hook & The Light continued to tour extensively, with their very first full UK tour in May/June receiving rave reviews, which was then followed by a second full UK tour in November. Hooky & The Light also continued to perform throughout Europe.

In September 2012, Peter Hook announced that he and his band would follow their live performances of the Joy Division material by revisiting the first two albums by New Order, 'Movement' & 'Power, Corruption & Lies.' The debut performances of these two albums took place in January 2013 at KOKO in London & the Cathedral in Manchester, the Cathedral show selling out 2 months in advance. The band also played a warm-up gig for their new set at the intimate Clwb Ifor Bach in Cardiff, the first time they had ever performed in Wales. The debut Movement/Power, Corruption & Lies shows recieved rave reviews from fans & media alike. The band performed further 'Unknown Pleasures' and 'Closer' shows in March/April 2013, with return visits to Russia & Poland as well as gigs for the first time in Switzerland, Croatia, Slovenia, Hungary & Austria.

In September 2013, it was time to start the full 'Movement' and 'Power, Corruption & Lies' world tour. Hooky & his band began with shows in the UK before taking the new live show to the USA & Canada for what would be their third North American tour. Following that, the band ventured South and performed in Mexico again as well as visiting Brazil, Chile, Argentina and Peru on the South American leg of the dates. Another UK tour followed this, with the band performing 14 dates across the UK & Ireland in November 2013. Hooky and his band had not only played a 2 hours plus performance of their New Order set each night, but had also acted as their own support band on most dates, opening each gig with a select set of Joy Division material, meaning fans were treated to an almost 3 hour long show every single night.

2014 looks set to be another busy year for Peter Hook & The Light. As well as still touring with the Joy Division material in select regions, plans have been announced to continue Hooky's chronological quest through his back catalogue by performing New Order's third and fourth albums, Low-Life and Brotherhood, live and in full. Dates for the Low Life and Brotherhood tour have since been announced in the UK and North America. Hooky and his band will again be supporting themselves on all dates with an opening set of Joy Division material. Hooky and the Light will also be appearing at several major festivals in the summer of 2014 such as Bestival, Camp Bestival, The Hop Farm, Lounge on the Farm, Alt-Fest, the Stockton Weekender and Bearded Theory.