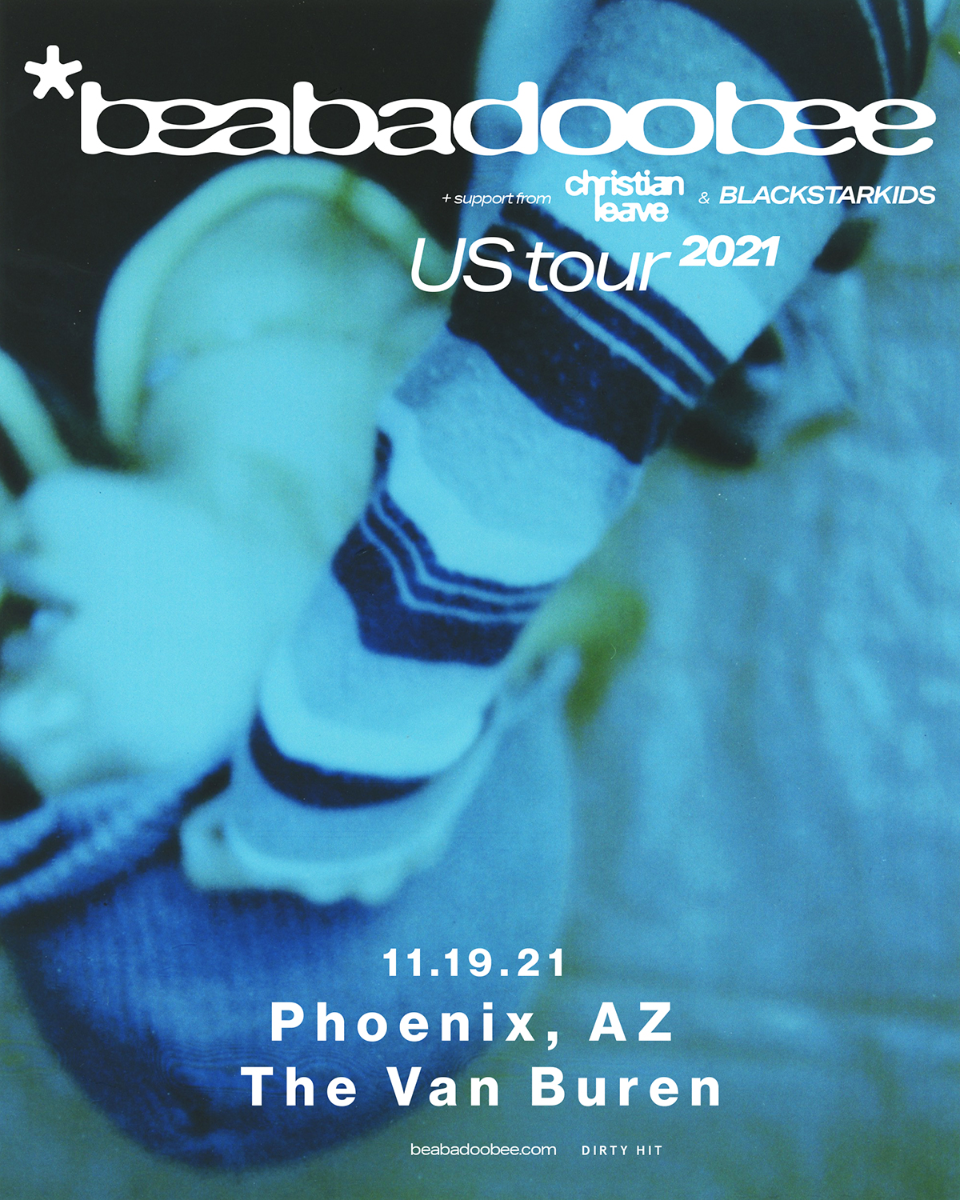 Buy Tickets
The Event Organizer is requiring all attendees of this event to have received a negative COVID-19 test within 72-hours prior to entering the venue, OR be fully vaccinated against COVID-19. In attending the event, you certify and attest that you and all individuals in your party attending the event will abide by the following regulations: 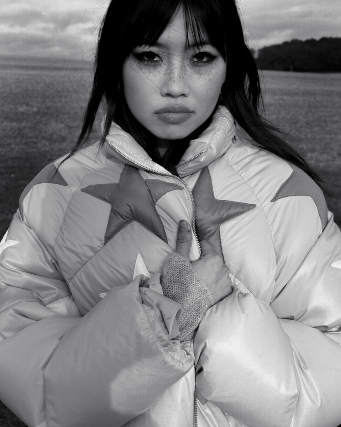 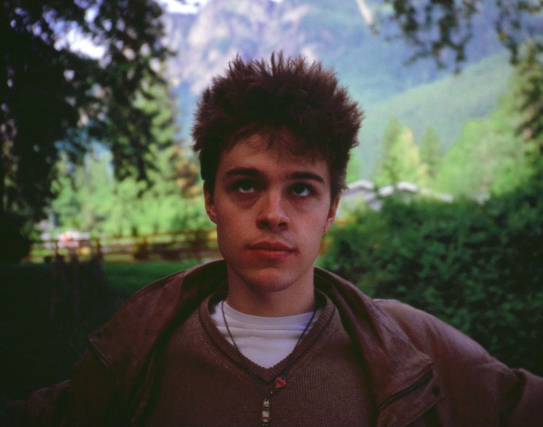 A genre disruptor to his core, Christian Leave has had a prolific past year. Since first making his foray into music at just 15 years old, he’s distinguished himself as one to watch and grown a significant fanbase that hangs on his every word. One of his earliest releases “Please Notice” has now surpassed 100M streams, while this year’s EP release Heavy Hitting Hurts My Head has crossed 6 million streams, propelling him to over 3 million monthly Spotify listeners and 260 million total streams across his catalogue, while landing him in the top spot on high profile playlists such as Spotify’s Lorem, Amazon Music’s Breakthrough Indie and Fresh Indie, Apple Music’s INDIY, and Pandora’s New Music Now, just to name a few. He’s been selected for major fashion features with the likes of VMAN, i-D, and Boys By Girls, while critical acclaim rolls in from American Songwriter, Office Magazine, and FLAUNT, who declares, “One spin of Christian Leave’s music, and you’re immediately sucked in longing for more.” At just 21 years old, Christian has quietly worked from his bedroom, writing, producing and creating this sound that is at once naïve and wise, the product of teenage heartbreak as viewed through the eyes of a person who grew up just a little too fast. He strikes a balance between subversive vulnerability and catchy palatability that his millions of fans have already connected with, and 2021 is sure to see Christian Leave rise to the next level. 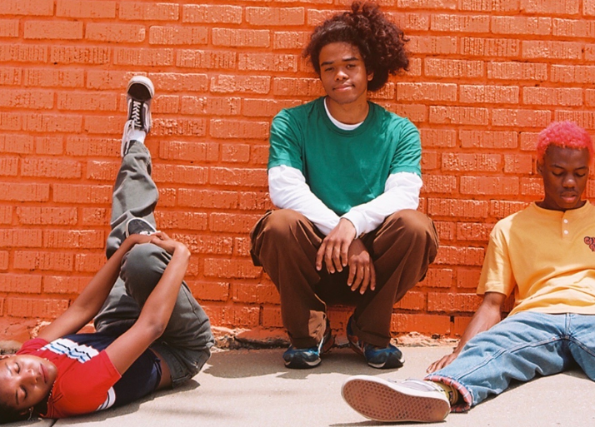 If you have a dream in the suburbs of Kansas City, Kansas, you have to make it come true yourself, but if you have a couple of friends who have the same dream as you that is half the battle. Blackstarkids are Ty, Deoindre and The Babe Gabe, and they're the most refreshingly bright and affirming alternative band to emerge from Middle America in an age. The instigator of the trio is Ty, who at the age of 19 is just slightly younger than 20-year-old Deoindre and The Babe Gabe (also 20). Ty is the visionary. When he was nine-years-old, he discovered Nirvana and he couldn't understand why nobody else wanted to join a band with him. “It was 2010 and I was mad young. I was trying to get my friends to do it but nobody would take it seriously.” A year later Odd Future came out, and Ty's entire world turned upside down. There was one plan: music. He had to make it and he wanted to have a gang, just like his namesake Tyler, The Creator. At the age of 10, he started. “I was making music all through middle school and when I got to high school I got more serious,” he says. “When Kanye put out the 'Stronger' video I remember thinking I was looking into my future. I still feel that way.” In Deoindre's bedroom, the three of them gather to discuss their forthcoming third album 'whatever, man', which is their first to be released on a major label (Dirty Hit – home to The 1975, Wolf Alice and Beabadoobee). The trio have only been a band for just under two years but have already completed three bodies of work and have done everything themselves. Before Deoindre had his own apartment, they made music in his parents' house. Deoindre is the lead producer. Ty and The Babe Gabe write and sing. Ty is the glue that brought the three of them together, after transferring high schools midway through his education, befriending Gabe and making music with her separately from the guitar-based jams he was making with Deoindre. Ty began hitting up Deoindre because he was the resident “cool kid” at school, posting interesting photography on Instagram and casually making music that sounded like Mac DeMarco crossed with Clairo. One day, Ty got Deoindre to play guitar for him and he was blown away. “I lost my mind,” he laughs. When Ty transferred schools, he saw The Babe Gabe in the hallway one day and she caught his eye. They shared common music taste and became instant friends. At first he wanted to integrate her into his rap group Drop Dead – a big collective he had begun before he was building an alternative band – because she made DJ mixes. “I always had an idea for an alternative group since I was a kid and one day it clicked in my head that it needed to be with these two. So I called Deoindre and said, 'What if we started this group called Blackstarkids?'” As with everything Ty, he already had the name for the big idea before it was even a thing. Within the first session they knew the chemistry they had as a trio was the best collaboration any of them had ever done. They bonded over Toro Y Moi, N*E*R*D*, Weezer, Smashing Pumpkins, A Tribe Called Quest. It shows. Their third LP 'whatever, man' begins with the anthemic 'Acting Normal', which sounds like MGMT crossed with Blink-182 'What's My Age Again' after the edible kicks in. The song follows on from the themes on their debut album 'Let's Play Sports'. A year ago the trio were “acting normal” post-high school, pretending to be considering their career options or future education, when deep down they knew they only wanted to make music. They're done with the facade now. What follows on 'whatever, man' is an album's worth of genre-crossing stoner pop paeans to youth. They firmly prove why Blackstarkids' call to music is not a choice but a command. The songs are evidence that this threesome live, eat and breathe art. Where 'Let's Play Sports' played with '80s pastiche (influences even included Wham!) and second LP 'SURF' was leaning on '90s grunge, 'whatever, man' embraces Blackstarkids' own nostalgia for their upbringing in the 2000s. It's a wash of videogame-like synths, slacker drum patterns and lackadaisical raps that sound like romantic lullabies but nevertheless hit hard. “As a kid I used to watch shows like Zoey 101 and iCarly as an escape. I wanted my life to be like that,” says Ty. Hence the interludes on the album. “I still base my life off that. It's like Blackstarkids is a webshow.”