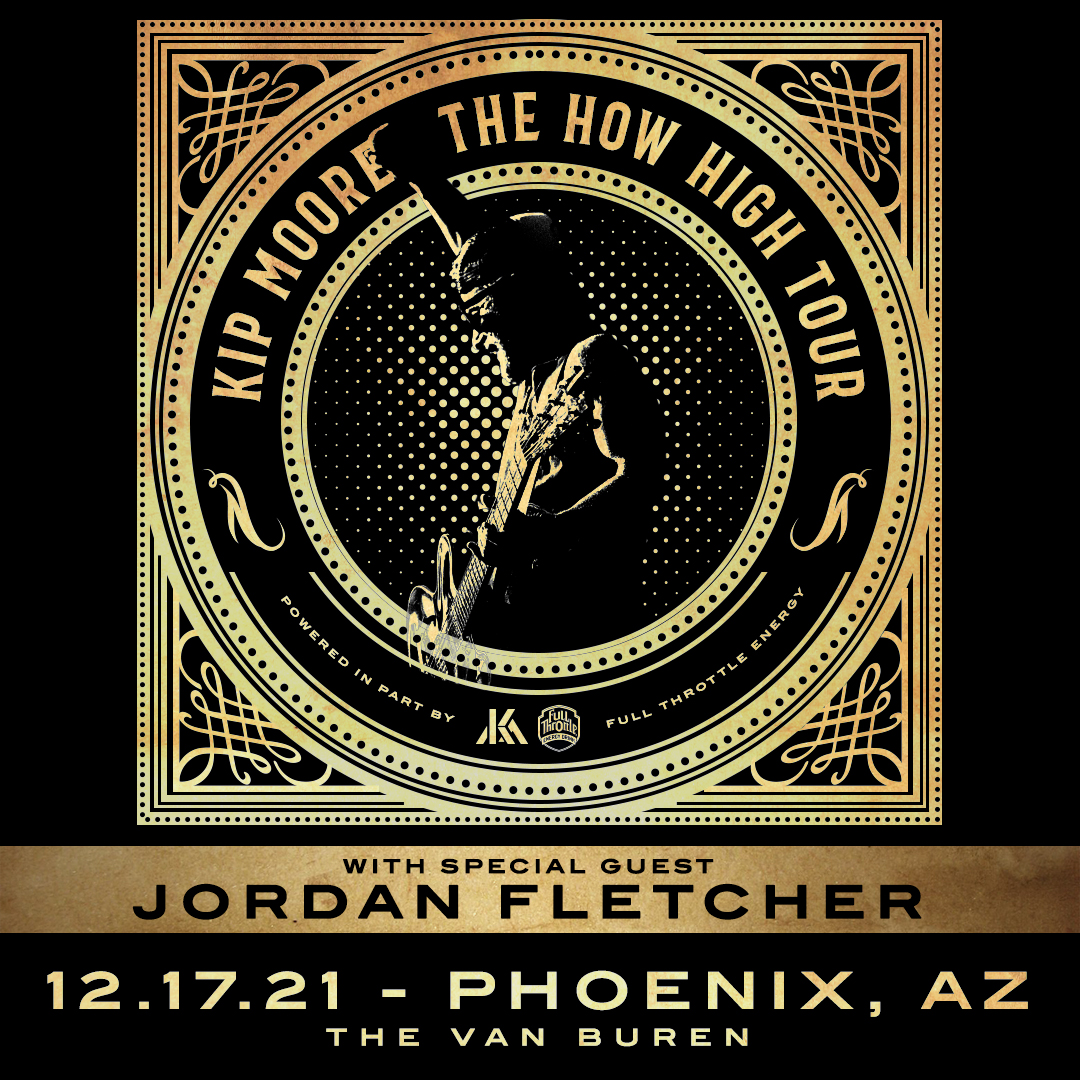 SOLD OUT
The Event Organizer is requiring all attendees of this event to have received a negative COVID-19 test within 72-hours prior to entering the venue, OR be fully vaccinated against COVID-19. In attending the event, you certify and attest that you and all individuals in your party attending the event will abide by the following regulations:

THIS EVENT IS 13+ (12 & UNDER ADMITTED WITH PARENT/LEGAL GUARDIAN) 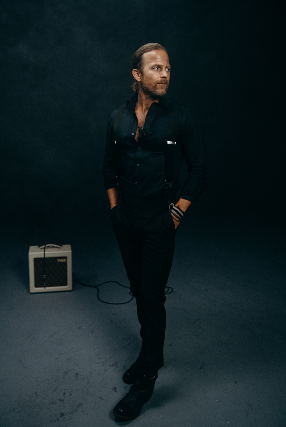 Moore’s highly-successful acoustic tour was sparked by his recently released ROOM TO SPARE: THE ACOUSTIC SESSIONS EP. The collection follows his third studio album SLOWHEART, which garnered instant praise from critics as his “most complete, cohesive declaration of his artistic sensibilities yet” (NPR,) as well landing on multiple “Best Of” lists including Entertainment Weekly, Rolling Stone, UpRoxx, Bobby Bones Show, Taste Of Country, Sounds Like Nashville, The Boot, PopMatters and Whiskey Riff. SLOWHEART includes Moore’s fourth No. One single “More Girls Like You” and follows the critical acclaim that surrounded Moore’s sophomore album WILD ONES and his PLATINUM debut album UP ALL NIGHT that spawned three No. One hit singles, including GOLD certified “Beer Money,” PLATINUM certified “Hey Pretty Girl,” and the DOUBLE PLATINUM breakout hit “Somethin’ ‘Bout A Truck.” For more information, visit kipmoore.net.
Jordan Fletcher 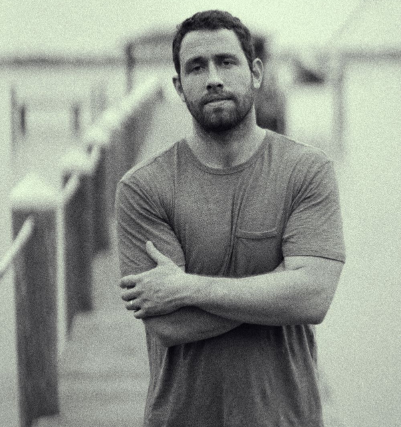 Jordan Fletcher’s truth bleeds, breathes, cries, and lives out loud in his music. “All of my songs are autobiographical,” he exclaims. “If I’m singing it, it will be true about me. If you watched a childhood video of me on VHS, this is what you would see. I’m not making this shit up or shying away from what I believe. I’m telling my story.”

The Jacksonville-born and Nashville-based artist conveys his story with play-by-play urgency and intense attention to detail over authentic country spiked with rock spirit. You’ll get to know him not only as a songwriter, but also as a dad, a husband, a surfer, and a believer. After racking up millions of streams independently and canvasing the country with the likes of Muscadine Bloodline and Kip Moore, this approach defines a series of 2021 singles and his forthcoming full-length debut album for Triple Tigers.

“All of my songs are autobiographical,” he exclaims. “If I’m singing it, it’s got to be true. If you watched a childhood video of me on VHS, this is what you would see. I’m not making this shit up or shying away from what I believe. I’m telling my story.”

That story begins down in Jacksonville.  Dad introduced him to Creedence Clearwater Revival, Eric Clapton, Rolling Stones, and Lynyrd Skynyrd. At the age of six, he picked up the drums before playing in church. When his father passed away, Jordan leaned on music more than ever at eleven-years-old, spinning Jack Johnson’s In Between Dreams on repeat.

“I had this little CD player with headphones, and I wore that thing out for the whole time my dad was sick,” he recalls. “I must’ve played it thousands of times. It was an emotional parachute. It was the first time I remember music being a necessity for me.”

He spent his high school years learning guitar, listening to reggae, and surfing as much as possible. After a few years in at University of North Florida, he dropped out, moved to Nashville, and immersed himself in music. “I was called,” he explains. “God was like, ‘Yo bro, your time is up in college’.”

He went from holding down drums in a buddy’s band to hitting the road with Muscadine Bloodline in 2018.  He sold merch, drove the Sprinter van, and began to play for fifteen minutes a night. Eventually, he found himself with 30-minute and 45-minute slots. At the same time, he roughed it, sleeping in a 1986 Sunlite Truck Camper over the flatbed of his pickup and showering at Planet Fitness. “I offered the guy $500 for the camper, and it was so busted he gave it to me for $350,” he laughs. “Eventually, I sold it to another buddy for 15 pounds of elk meat!”

Muscadine passed down their Sprinter Van until someone ran a red light and t-boned Jordan and Co. on tour with Kip Moore in Cape Cod. “The passenger door wouldn’t open afterwards, so the entire band had to get in and out on the driver’s side for the rest of the tour,” he says. “It was the funniest thing ever.”

Along the way, he landed his first publishing deal with Sea Gayle Music and gained traction with early releases such as 2019’s “Miles To The Moon” and the 2020 favorite “Me On.” Simultaneously, he established himself as a sought-after writer behind-the-scenes, penning Riley Green’s “Better Than Me” [feat. Randy Owen] and Chris Bandi’s “Leave It To A Song.” One afternoon in 2020, he experienced a revelation. Following an ultrasound appointment for his wife, the couple sat in a restaurant as Bob Marley’s “Buffalo Soldier” blasted through the speakers.

“In the post-chorus, there are no words,” he observes. “I looked at my wife and said, ‘Bob Marley meant that shit. He said more in that post-chorus without a single word than I have in four years.’ It was a huge shift. My dad died when I was eleven, and I’m still asking people to tell me stories about him. If something were to happen to me, I don’t want my son to have to look far to figure out his life, career, and relationships. I want him to turn on one of my songs and get that. That’s why I write the way I do.”

Jordan got to writing again. Speaking straight from the heart, a new batch of demos landed him both management with Triple 8 and a record deal with Triple Tigers at the top of 2021. Among those songs, “Hometowns Don’t” hinges on rustic acoustic guitar as his gruff intonation ignites the heartfelt hook, “truck break down, girls break up, clocks run out, times get tough. Good dogs die, friends move on, the world’ll kick you round, chew you up and spit you out but hometowns don’t.”

“I’ve written so many songs about somebody else’s hometown or arbitrary places, but I never told a story about where I’m from,” he explains. “I always miss it and want to get back to the place that raised me. Nashville is a great home for my family, but Jacksonville has something nowhere else can give me.”

Meanwhile, he serenades his wife on “Still Those Kids,” celebrating their “love story” of eleven years since high school. Then, there’s “I Know You Are, But What Am I.” Over lush piano, he faces “one of those moments in a relationship where it feels like everything could go south” with unfiltered honesty.”

In the end, Jordan’s truth might just feel familiar.

“This is a shared experience,” he leaves off. “When you listen to me, I hope you think, ‘This dude went through that? That makes me feel better’. I want my music to be therapeutic. I want to give you a soundtrack to your life, by giving you the soundtrack to mine.”